We got Fern the baby Boer goat because I was somewhere I should never be. An auction. She looked pretty healthy, although I knew in the five seconds I saw her before bidding I knew she still needed to be on the bottle…. sixty bucks later, 1 baby Boer goat.

When they handed her to me at the loading dock, I saw the wound on her neck and knew right away it could be minor or something very bad but I still took her. It was a fungal infection and a mess. It was a bad spot on her neck where she could reach it and scratch it non stop with her hooves so she kept ripping it open. It took week in isolation and with a cone to keep her from scratching – and a lot of tending to the wound and healing of the infection before she could even go outside – away from the other goats

Of course as a bottle baby she is sweet as pie. She just wants affection and of course, milk. Max took good care of her outside during the day while she continued to heal and finally the cone was able to come off and she is healing, and able to be with the other critters! It was pretty touch and go for a while, even I wasn’t sure this was something I could fix because it was so bad and so badly torn open, but it’s healing perfectly and I couldn’t be happier. 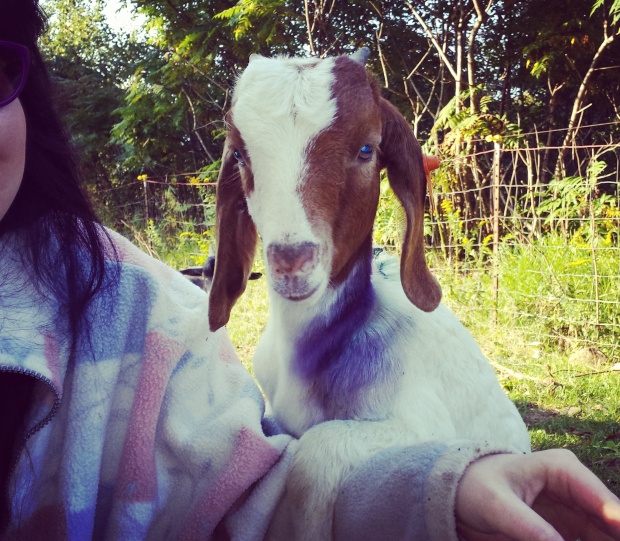 She is such a sweet girl and addition to our family! She is just starting to wean off the bottle and bond to the other goats and sheep in the herd. She already of course, loves the dogs most of all. 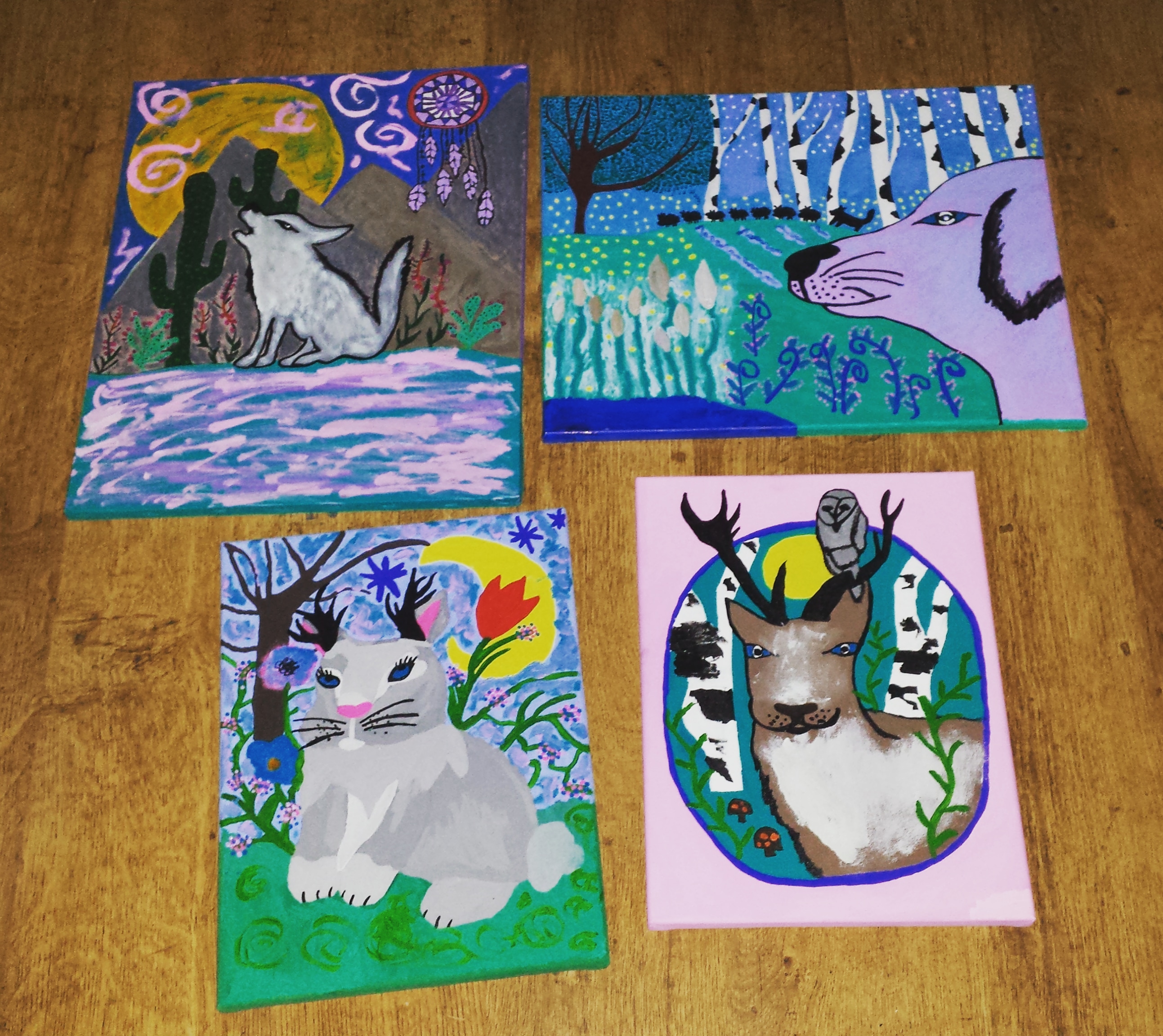