The puppies… the puppies are… about half grown! I cannot believe how fast they are growing. It’s always amazing how quickly these little/big guys grow. They are clumsy as ever as their feet are pretty much the same size as the rest of their body. It’s like they are learning to walk again as they try and grow into their giant feet. Lots of falling over and tumbling still. 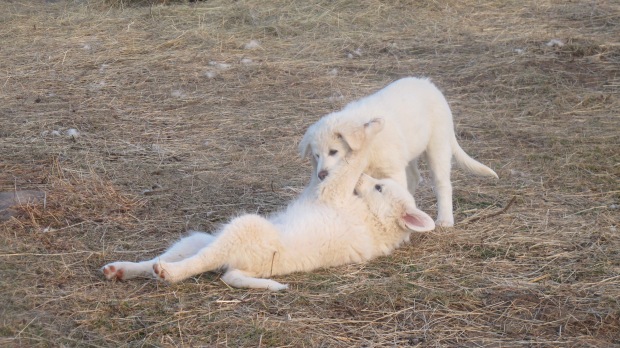 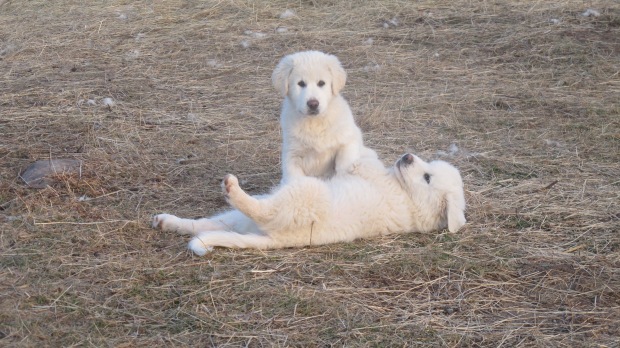 They are of course, cute and sweet as ever, and a daily source of laughter and smiles.

Max is slowly becoming more accepting of them. I found them sleeping up against him this morning, which he won’t admit to publicly, but it was very sweet. 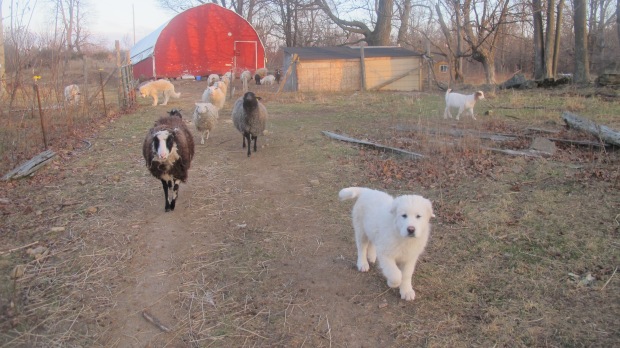 We have been having weird weather – it’s been pretty warm. Yesterday it poured rain. I’m not complaining yet however about the warmer temperatures. I don’t really mind using less firewood and not plowing and shoveling.

I spent most of Saturday in the ER again. I was in more pain than I could manage at home, but what made me go was some new symptoms I’ve been having that were alarming enough to need to be checked out. It takes a lot for me to go to the ER, and I can handle quite a lot of pain. They tried their best. The Doctor was at a total loss – and he admitted it. My history, symptoms, and case is so complicated and layered, and he admitted that. All the normal things they’d do, I’m already doing or they won’t help. Then there is another set of things they “could” try but all of them might help one of my conditions or symptoms, but set off a flare of another one. Almost everything with me as he said, is a “double edged sword” and I know he’s right.

My fatigue levels have been super high, they just seem to be getting worse and worse and I’m not sure why but it’s pretty hard to deal with. Even when I am up doing things, It’s like I am doing everything under water. I’m constantly struggling through it, even just while sitting down. It’s the most frustrating symptom and thing to deal with – it’s worse than pain by far. The fatigue is completely overwhelming and all consuming, and there just isn’t a single thing that makes it better, not even rest.

I’ve been trying to be productive while “resting” as much as possible. And creative since it’s the best therapy I have next to the animals. So lots of knitting, painting, drawing, writing, when I can. In between trying to catch up on chores like dishes and laundry. I literally wash like one or two dishes, then sit down, then get up, wash a couple more. It’s a bit crazy, but it’s all I have energy for aside from taking care of the animals. 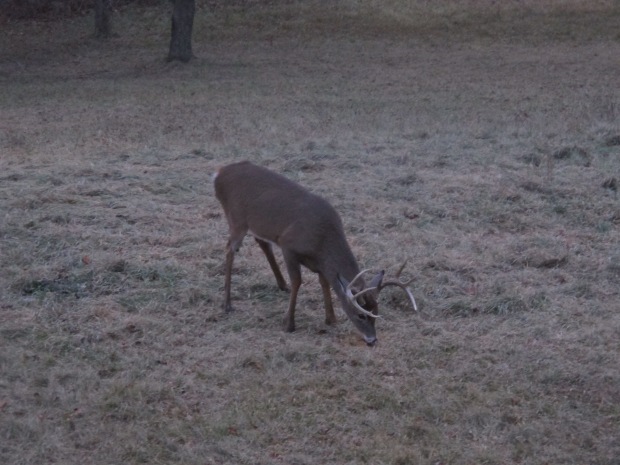 We finally had a buck show up! Two actually, this 8 point and a four point, both in the yard not looking for food (which was a surprise to them) but chasing a doe. It was really nice to see some bucks hanging around. We only saw them one night, but I’m not surprised considering it hasn’t been cold and food is still easy to find. The deer population is looking pretty healthy this year – weight and fur wise, which is so reassuring. It’s been three or four years I’ve not only watched their numbers decline rapidly, but also their condition.

It’s so nice to see healthy deer, and to have them hanging around the house again, knowing it’s a safe place. 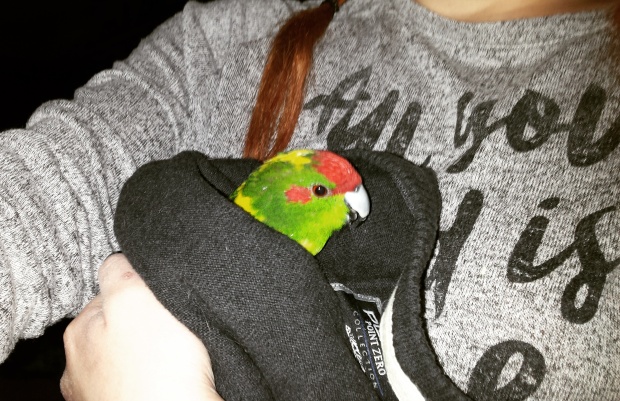 Kiwi came out for a bit of an adventure while we were rearranging the book cases and living room the other day…. he quite enjoyed himself and his little tour of the new set up.

Ed built a big wood box for me so that we can keep more than one days worth of fire wood in the house… hopefully it’s about a weeks worth, or 5 days, it will depend on how cold it is… it’s going to help me a lot this winter though, save me carrying fire wood in the house every single day which is a big chore.

He built a way nicer box than I imagined, I thought it would just be a basic box for winter, but he made it so that my Christmas village could fit on top, and when the village is put away, I’ll have room for more books of course! It looks great, and works perfectly. He did a great job, and it fit’s pretty perfectly.

Unfortunately today is another day of mostly rest for me. The animals are healthy, safe, and happy, and that’s the most important thing. We are all warm and OK as we head into December and a New Year approaches.